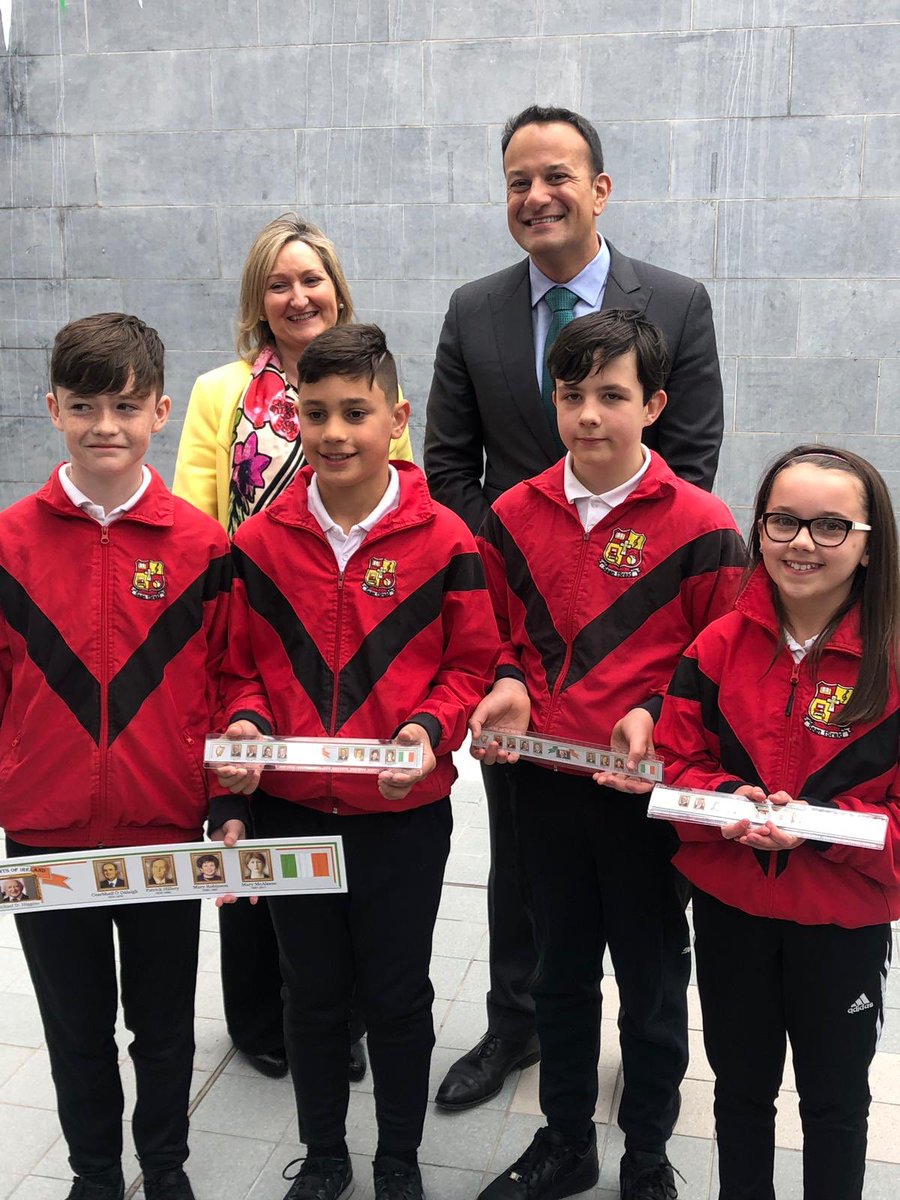 Our rulers help an Irish school win a National award

BlankKeyrings.co.uk were approached by the mother of an 11 year old primary school pupil in the Republic of Ireland for help with his Junior Entrepreneur Programme (JEP) project.

The JEP gives Irish primary school pupils the opportunity to experience practical, real-life business learning as part of their education. Entrants are expected to choose, invest in and produce their own product or service from scratch, making it available for sale at a school-hosted JEP Showcase Day. They also enjoy the profits at the end.

On a visit to the US, Eric White of Shountrade National School had seen rulers carrying a picture of the US President, and he wanted to replicate the idea with pictures of Irish presidents, including the current president, Michael D Higgins.

Eric’s mother, Nancy White, approached BlankKeyrings.co.uk for help with Eric’s idea, asking us to supply blank insert rulers. The inserts – strips of pictures of the presidents - had been created with the help of a family friend. We suggested that she order a conservative number of rulers as we had no idea how many Eric would be able to sell, and we didn’t want Nancy to lose money and be left with a box full of rulers!

The first order was for 50 rulers, but with sales to local gift shops and other local tourism organisations a second order was placed for 200, 50 of which we assembled, and the rest were assembled by Eric and his classmates. BlankKeyrings provided Nancy with templates and assembly instructions for the young business people to work from.

A third order of 500 rulers soon followed for which the students set up a production line at school to insert the strips of pictures, creating a video of their work to demonstrate their contribution to the finished product.

Eric’s entrepreneurial achievements were recognised when he won his school’s progamme, sending him through to the regional finals. He went, with members of his team, to Dublin where he met the Prime Minister, (Taoiseach) Leo Varadkar and presented him with the JEP Irish Presidents Ruler.

On 20th May, Eric’s concept won a National award at the Junior Entrepreneur Showcase at the RDS Arena in Dublin. Nancy said, “The rulers have been a great success. I must personally thank Ann at BlankKeyrings.co.uk who has been so helpful, professional and encouraging. The students have had a journey filled with valuable learning experiences, with all their efforts being marked by winning an award at the Junior Entrepreneur Showcase. Thanks again to Ann and the team.”

Nancy and her son Eric have also been on the radio and you can catch up with an interview on Limerick Today. Here you can hear more about how the National Award was won and the school people involved.

At the time of writing Nancy has just placed a further order for 1,000 blank rulers and inserts, ready for the classroom assembly line. It looks like the school could get a nice boost to its funds this year.

We’re thrilled with the outcome of this project and thank Nancy and Eric for being such inspirational customers! At BlankKeyrings.co.uk we supply a wide range of photo insert promotional gifts and we’d be delighted to help more businesses of all sizes promote their brand. For more information, get in touch by calling 01772 429 110 or email us at info@BlankKeyrings.co.uk.

You can check out the Shountrade ruler production line in action on Twitter:

Below is the ruler advert created as part of the JEP scheme.